This article is also up in NFL Draft

The character issues can’t be ignored. Neither can the strong throws into tight windows or the penchant for a comeback. Winston has prototypical size, experience in a pro-style offense and has been involved in a winning culture.

He’s the best quarterback in this draft and, talent wise, he will be the best QB the Bucs have had in years. Of course, he comes with question marks on the field, including regression on the field in his sophomore year. Regardless, Licht, Lovie and company go out and get their quarterback. 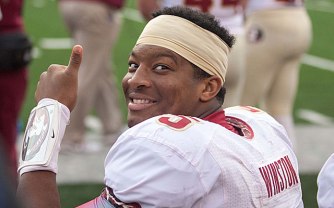 Setting franchises back a decade since 2015

NFL Comparison: Ben Roethlisberger (QB, Pittsburgh Steelers)- plus athlete with mobility, strong build, can make all the throws, poised in all game situations

The Titans get a monster to pair with Jurrel Casey and solidify their interior defensive line for years to come. Williams has all the athleticism, play-making potential, and pure tackling ability one could want in a top defensive prospect.

He doesn’t always pop on film, but the man is just begging to be coached at the NFL level. He’s got a very high floor to go along with his high ceiling so this is a low-risk pick. Titans ride Mettenberger for a year to see what he’s got at the quarterback position, Mariota is simply not a can’t-miss prospect. 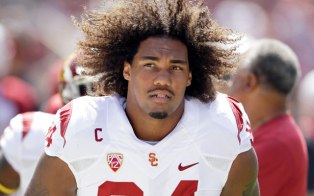 NFL comparison: Geno Atkins (DT, Cincinatti Bengals)- force in both the run and the pass, at worst an excellent run defender and can put pressure on the quarterback. Solid chess piece as a 3-4 defensive end right away, could thrive as a 4-3 DT.

The Jags finally got going in the right direction again when they drafted Blake Bortles who showed great promise as a rookie. Here’s hoping Caldwell’s brain-dead decisions (Davon House anyone?) in free agency are no indication of this move.

If they stick to the best player available mantra (or the wisdom that allowed them to snag Jared Odrick for a solid discount) Fowler is both the best and safest player left on the board. He has all the polish of an immediate contributor at the Leo linebacker spot for Jacksonville and could develop into a strong starter, maybe 8-10 sacks per year. He’s also very well-rounded, coming up big both laterally and against down-hill runs. 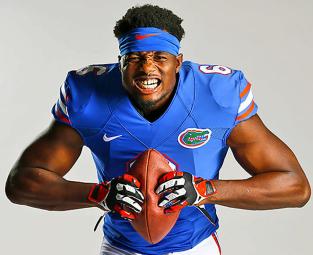 I’d love to see the Raiders grab a pro-ready, totally proven contributor like Amari Cooper with this pick. But scouts have fallen in love with the Fitzgerald-alike (Check out those locks) speedster. And why not? A 4.3 40 time is nothing to balk at and he consistently creates separation.

I’m just skeptical of his ability to do that consistently in the NFL. He has focus drops, which are always a problem on a pro roster, and his route running isn’t nearly as crisp as it needs to be. He would be in the Kelvin Benjamin range had he gone last year, so I’m not crazy about him as a top 5 pick. But hey, it’s the Raiders, they’re all about potential (Trent Richardson..)

NFL Comparison: Brian Quick (WR, St. Louis Rams)- Slow starter with high potential, size and speed to get off press, but lack of polish and technique to compete with savvier corners, possesses all the physical tools of a superstar.

The Redskins need to find help at safety, but they need a rangy deep safety and Landon Collins (the best in the draft) is better suited as a pure strong safety so that’s out. They need help at outside linebacker with Orakpo gone, but with Fowler off the board, there’s no one pro-ready enough to help immediately and warrant a top-5 pick.

Enter Brandon Scherff. He can step in immediately and play very well as either a tackle or a guard (both positions of need). If RG3 remains the starter, his pass protection issues could be masked while he thrives in a more run-based Alfred Morris heavy offense. He has Zack Martin potential at guard in season 1. Plus, the Redskins talked to him at the combine, so there’s that.

Is that you, Ryan Fitzpatrick?

NFL comparison: Doug Free (OT, Dallas Cowboys)- a big man with solid athleticism and road grader traits, inconsistent in pass protection but has the build to slide anywhere on the line in a pinch.