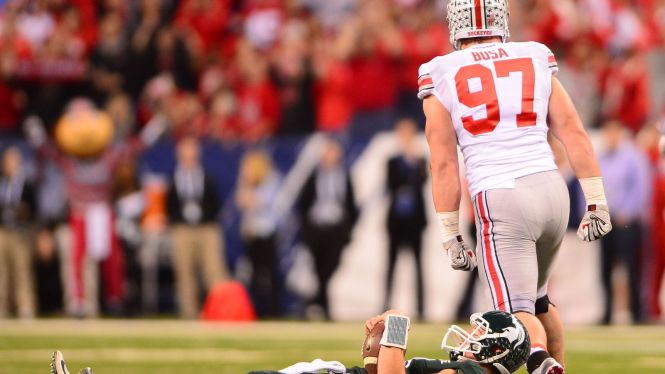 The ideal 4-3 edge player. He could likely play as a DE or a LEO in a scheme like that of the Jaguars or Seahawks.

He sets the edge better than any prospect I’ve ever seen coming out of college. He’s disciplined and because of that, teams don’t run outside to his side.

This is one area where he improved tremendously from 2014 to 2015. He, however lacks the bend around the edge to consistently produce sacks against the double teams and chips he saw much more of in 2015.

Because of this, his potential as a pass rusher in the pros will be limited if he is forced to continue taking on those double teams. One-on-one, though, he’s a mismatch against most tackles.

Bosa typically bull rushes for the quarterback inside or speed rushes outside. He rarely uses any varied moves to get off tackles, relying on his athleticism and motor over sound technique.

A standout pass rusher in 2014, Bosa saw near constant double teams in 2015. From what I reviewed though, he was a constant disruptive force as a much smarter and more patient rusher in his junior season.

Still, Bosa lacks the natural balance and ability to bend around the edge with speed and power that’s typical of premiere pass rushers. He’ll likely command double teams early in his career but he could have some excellent games if teams leave him one-on-one.

In 2015 Bosa was elite at setting the edge of the Ohio State defense. Teams simply didn’t run to his side very often and they had a very difficult time getting outside his shoulders when they did. He never over-pursued plays like he did in his sophomore season.

The main problem with this was that he was so steady and patient that often teams could find lanes inside his shoulders, and the strength of Ohio State’s defense is not on the inside. He also had less tackling opportunities overall. Still, he was an ideal edge player.

Bosa should immediately step in as one of the dominant run stoppers in the NFL, he should help lock down a side of the field in the running game while getting effective push on that side of the line with his brute strength. 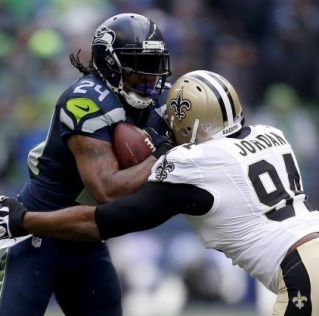 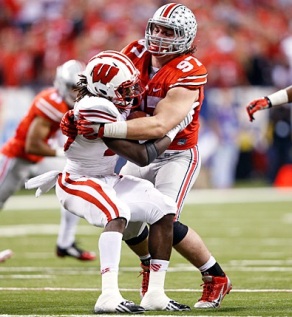 In his first pro season, Cam Jordan came from Cal to New Orleans and immediately became the best run stopper on the team. In 2013, seeing far fewer double teams due to the emergency of fellow edge rusher Junior Gallete, Jordan notched 12.5 sacks. I expect a similar trajectory for Bosa.