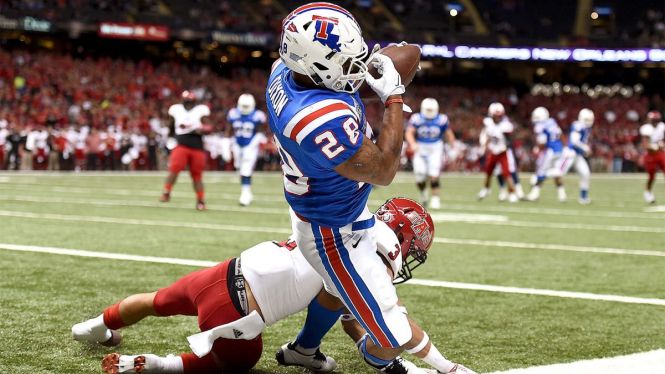 Dixon is a stout, savvy and well-built runner that got better with every year of experience at Tech. He really emerged in 2015 when Driskel came over to start from Florida since prior to that, Dixon was the only offensive weapon for Tech.

Dixon, as a runner, prefers to get up-field quickly and take the first lane he finds. Once in the secondary, he becomes a little more creative and uses the field laterally. He has a brilliant spin move and a solid stiff arm to go with a wiggly juke.

Where Dixon really shines though is in the receiving game. He’s the best pure receiving back among the top prospects. He runs a full route tree with crisp precision and makes, at times, ridiculous catches. He’s a natural catcher and has exceptional sideline awareness.

He also has a great feel for setting up blocks and bouncing off tackles in the open field. He set the FBS record for most touchdowns in a career by a running back with 87.

Dixon is a rumbler, he makes his money with speed in the open field and does not possess great burst. His top-end speed is mostly average though and it could limit runs at the next level.

He lowers his shoulder with the best of them and runs with great pad level, but he doesn’t seek out contact.

His vision is strong once he reaches the open field but struggles at the line of scrimmage. This is also why he’s incredibly effective as a pass catcher.

Dixon is able to keep his feet through contact but has no plays that really stand out and make you notice on tape.

While he sometimes bounces off tacklers and runs through contact, he’s easily taken down in the open field with good form one-on-one.

He has an impressive spin move to go with a devastating stiff arm. He works in the hurdle and constantly uses a short juke to get in between defenders.

He has a natural feel for run blocking and has the body for it, but Driskel didn’t take off much for the Tech offense.

With 33 catches in his senior year, including some absurd one-handed grabs and not a drop on tape, he looks as sure-handed as they come.

His 14.1 average per catch is absolutely absurd and his seven receiving touchdowns on just 33 catches mean that he scored 21% of the time he caught the ball. Almost one in every four catches was a score. Ridiculous.

He plays like a natural and could probably be a tight end with his abilities as a run blocker. He stays away from perfect just by a lack of plays to review.

Dixon is highly aggressive and stout at the point of attack. He loves hitting pass rushers and keeping them down and often takes an extra pop on them at the end of the play.

He gave up no sacks on tape and only once was a rusher close, he never missed a block either.

His size, skill set and aggression suggest he will be able to handle the better rushers in the NFL. 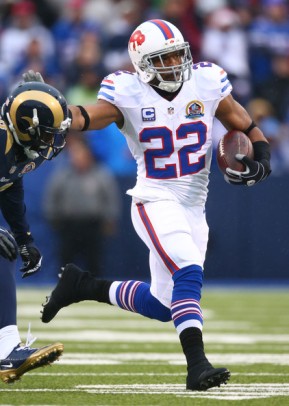 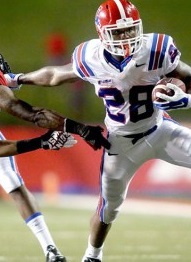 Makes his money in the NFL as a versatile receiving threat. Both are incredible in the open field, and effective enough between the tackles to work as starters when called upon. Dixon might be even better than Jackson when all is said and done.