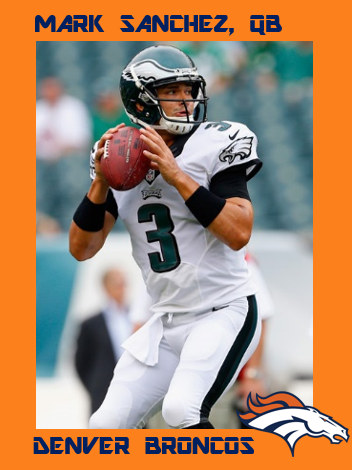 I understand what fueled this trade: necessity. The Broncos simply have no options at QB. Sanchez isn’t a great one, especially going to a new system.

He’ll still be the same inconsistent, inaccurate player he’s always been. It’s not the worst move, but there’s nothing really inspiring about it.

For the Eagles though, this is a coup. Sanchez had no place left on this team, and they actually might get something out of him. Brilliant trades by the Eagles this offseason.

Word was if the Broncos lost Jackson, they’d be in the market for a serious O-lineman.

Stephenson is an upgrade over Michael Schofield, who started at right tackle, and provides a solid backup option if Clady can’t go or if Sambrailo isn’t ready.

The Broncos overpaid by quite a bit on this contract. A little under $5 million for a guy that still has potential, but was dreadful last year is a concerning signing for a team that had hardly any cap flexibility.

One thought on “Broncos Free Agency 2016”