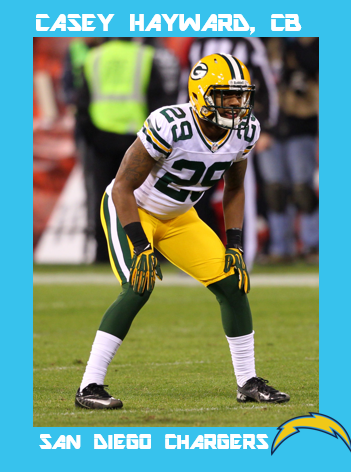 Hayward has really come on in recent years as a coverage specialist. He’s somewhat of a liability in run-support but likely won’t be asked to do that much in San Diego.

This is a solid job by the Chargers to be proactive in cycling their talent since Brandon Flowers is getting older and slowing down.

At a little over 5 mil per year, the Chargers aren’t paying Hayward a crazy contract or anything. This is pretty reasonable, especially considering what his running mate Davon House made last year. 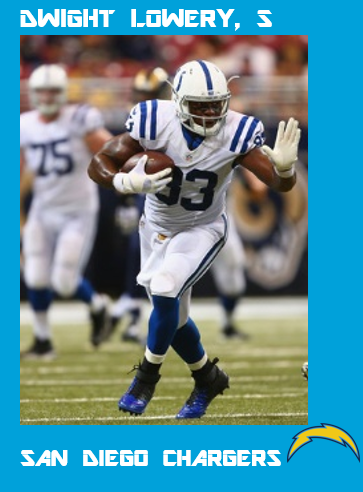 He was in the middle of the pack of available free agents according to Pro Football Focus on 11oo graded snaps.

He’s 30 so he figures to regress by the end of this contract, still if they don’t expect him to start, this deal should be fine for depth purposes.

Ideally, he won’t see the field often, so over $3 million per year might be a bit much. 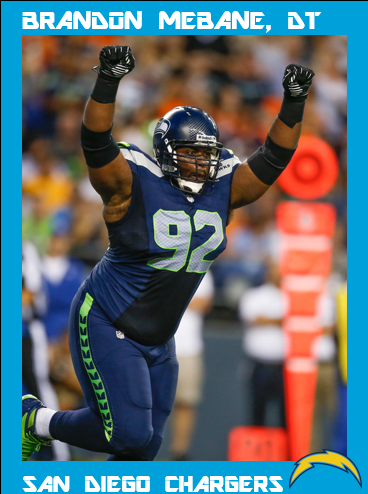 I love this signing. Evaluators say he still has the ability to wreck a game plan and his play on the field backs that up.

He’s good against the run and has pass rush ability, and since he’s already out of his prime, his regression shouldn’t be too stark until he’s done.

Basically, he should play at a fairly above-average level for the life of this contract and the Chargers are paying him average starter money. 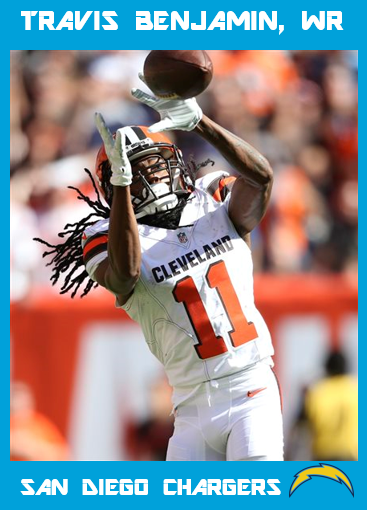 I like the idea of getting Rivers more weapons, and with Keenan Allen and Stevie Johnson already in the fold, San Diego is building itself a nice little corps.

Benjamin should be able to step into the slot and provide meaningful snaps fairly quickly.

Unfortunately, the Chargers paid him WR2 money, 6 mil per year is just too much for a guy that should not be seeing the field on every offensive snap. If they expect to make a jump, fine. I just don’t see it.

Nearly $6 million per season might season a little steep, but Barksdale is the best tackle the Chargers have and earned it with his play in 2015.

Barksdale has been under-appreciated at every stop of his career, despite showing a versatile skill-set as a starting NFL tackle.

The Chargers were the ones to finally pay him what he’s earned and it’s good to see.

Wiggins has an average skill-set for a guard, with better run-blocking than pass-blocking.

Neither particularly stand out, but he’s young so there’s time for him to develop his array of skills he brings to the table.

Inman is an absolute bargain at this salary. He’s a big bodied, tall man who can go up and make contested catches.

He has reliable hands to go with some solid route running and really came on strong last season as an option in a thin receiving corps for Philip Rivers and the Chargers.

He’s expected to compete for the number 3 job this season.

The only other really old tight end besides Watson to have an excellent season, Gates is proving to be an ageless wonder.

But you have to wonder (see what I did there?) what the Chargers were thinking letting Ladarius Green go, who was paid less to go play for the Steelers.

Of course that contract baffles me regardless, so maybe I should just stop thinking about it before I get an aneurysm.

Clemens has some starter experience and a high football IQ. His traits suggest he could play adequately if called upon to start, but isn’t an ideal number 2.

The Chargers are paying the perfect amount, I just don’t love Clemens as a direct backup.

One thought on “Chargers Free Agency 2016”