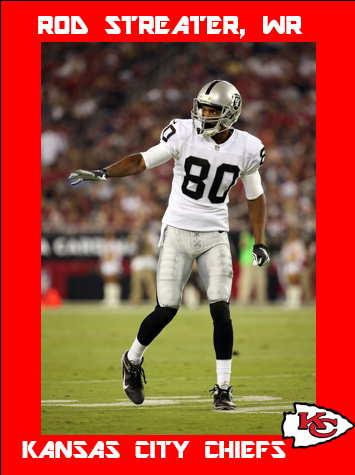 In a market where guys who haven’t proven a thing are getting paid fringe-starter money, we have this strange deal.

For one, it’s a one-year pact so it seems the Chiefs want to kick the tires on this guy and see if he can put his impressive skill-set together, recapturing the magic of a 60-catch 2013 season. On the other hand though, they’re paying him almost $5 million on what seems to be little more than a hunch.

While I think that’s a little too much, the Chiefs have already done a great job keeping their fearsome defense together, so they should certainly be investing in improving their offense, which held them back in the playoffs.

Streater may or may not be the answer, I believe he could potentially unseat Albert Wilson as a slot guy. If that ends up being the case, this is a steal. If not though, he plays maybe 15 snaps a game for $5 million. So it’s a bit of a head-scratcher.

Zombo is decent depth in the edge rotation for the Chiefs who clearly wanted to keep the entire gang together.

Can’t say I blame them since I think the Chiefs are developing into one of the greatest young defenses in the league.

While Zombo didn’t play particularly well last year, he likely won’t regress too much since he’s only 29 and playing limited snaps.

This isn’t quite the hometown discount the Chiefs had been getting, but it’s still pretty good for a guy that hasn’t really slowed down yet.

Hali still offers very impactful starter snaps and he’ll be part of a highly talented rotation in Kansas City, that considered, a little over 7 mil per year is a fair bargain for his skill set.

Still, the main concern is his age, he could regress at any moment.

This is a deal I can get behind. Howard was probably one of the best young defensive ends on the market.

He has pass-rush ability and is stout against the run. He is just entering his prime, and should only get better.

I question the Chiefs for not giving him a longer-term deal since his value will most likely rise over the life of this relatively short contract.

Talk about a hometown discount. Johnson is the heart and soul of that defense and played brilliantly last season.

He should have a couple elite years left, and at 7 mil per year, the Chiefs aren’t breaking the bank. Compare this to the Irvin contract and you start to see why it’s such great value.

Should be interesting to see what Trevathan gets since he’s the other elite linebacker on the market.

Schwartz was one of the top right tackles in the NFL last year.

This was, however, one year removed from being a complete liability on the Browns offensive line. There’s always the question of a player playing for a contract.

But there is the possibility, especially considering he’s still young, that he’s turned a corner and about to enter his prime. If that’s the case, less than $7 million per year is a very solid price to pay. Still, there’s a bit of risk here so I don’t love it. 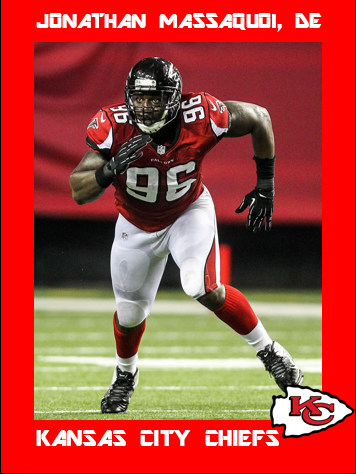 One thought on “Chiefs Free Agency 2016”