For me, this is a deal that could pay off greatly for both sides.

I imagine there wasn’t anyone at 8 the Dolphins had strong convictions of, so they’re ok to move back and pick up some pieces. Kiko Alonso, when healthy, is an excellent young inside linebacker, he reminds me of Sean Lee. The Dolphins had nothing close to that at linebacker before.

Byron Maxwell also came on for the Eagles last year late and ended up with a decent season overall. He’ll certainly be an improvement over old, bad Grimes.

The Eagles, meanwhile, dump a fairly insane salary with Maxwell and the regime further cleans their hands of the Chip Kelly era, for better or worse.

Moving up in the draft a bit just sweetens the deal. It’s better compensation than I was expecting, but it definitely opened up some holes on the roster which is why I’m not giving it an A.

He’s got a well-rounded skill-set but has never been able to put it all together to consistently break into the starting lineup.

He’s got the demeanor to be strong on special teams, so it makes sense that a team take a chance on the potential. He was unfortunately lost for the season last year due to an undisclosed injury, so his medical will have to be monitored. This signing is all up-side, so I like it. 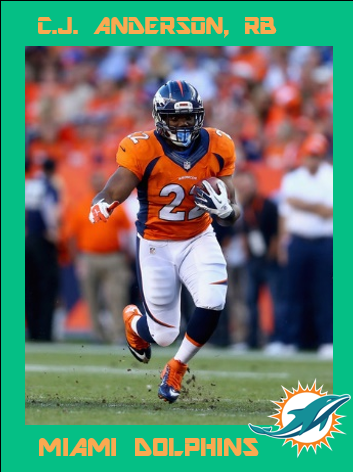 This is an offer sheet so the Broncos will have an opportunity to match, they should not.

Anderson is bad at the beginning of the season. He gets decent when everyone else is hurt because he’s sturdy. There are better runners four rounds deep in this draft so I have no idea why the Dolphins would pay for him.

For that matter, Jay Ajayi, who they drafted last year, has a far superior skill-set overall. This deal sucks. But at least they’re not paying him Martin money. I hate Anderson. He sucks.

Sam Young is barely rosterable, so this is barely better than average. That’s it. Good night. 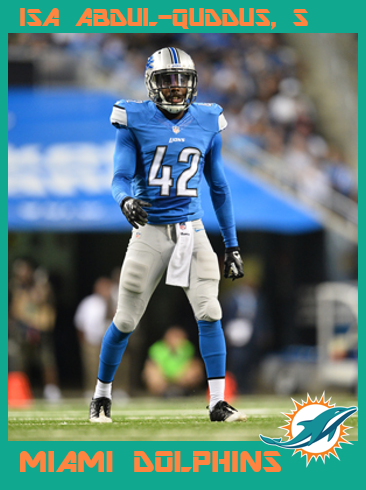 Quddus is an adequate backup at safety who should not be relied upon to start. He might be a possibility as a nickel safety.

At a little over 4 mil a year, it’s a little steep for a guy that probably won’t offer meaningful starter snaps.

Still, he’s fairly young and likely in the midst of his prime, so I like the length of the contract.

I still think Williams has a lot to offer as a player, my concern is pairing him up with a bad influence like Suh, who could bring out the worst in him.

From what I understand, Williams’ main beef was being played out of position by Coach Rex Ryan, and it’s a reasonable frustration when it’s clear where a player best fits. That’s essentially Ryan screwing with Williams’ value by not putting him in the best position to succeed and produce at a high volume.

The Dolphins will likely slide Williams in as a replacement to Olivier Vernon and the production should not see much of a dip.

$8 million per year is a little steep for an older player like Williams, but he likely has a few good years left and it’s a short contract, so it’s not like they’ve shackled themselves for years to a player that could majorly regress.

This could go bad, but I find it a somewhat reasonably calculated risk.

A UDFA out of Alabama last year, Jones hurt his hamstring in training camp and was waived with an injury designation.

He must have shown enough in camp to earn a second shot with the Dolphins bringing him back.

He was a special teams ace and solid contributor at receiver for the Tide in college, but has a slight frame for the NFL.

One thought on “Dolphins Free Agency 2016”