NOTE: Please remember to drop your slant in the comments section by clicking the “Leave a comment” button above and to the right of this article. Also, feel free and encouraged to like us on Facebook and follow on Twitter, links below the article.

Wilson has the look and attitude teams love to see in their cornerbacks. He’s a sturdy player with a tapered but well-proportioned body. For his size, he has impressive functional speed and athleticism while flashing seriously impressive ability in coverage.

He also happens to have enough confidence to fill an open-air stadium, which is clearly visible with his relaxed demeanor on the field. Wilson never panics, never seems to get rattled, and tends to use this ability to get in the head of his opponent. Wilson is an intimidator who likes to use his imposing size down the field to the catch point.

Wilson may never be the superstar he clearly believes he is, but he’s a solid cornerback prospect with a very high floor. As a safety, perhaps he could be a star, he has all the tools but needs to become a more reliable tackler.

He’s not elite in his quickness of diagnosing the offensive play, but he has some brilliant reads on tape that result in big plays for the defense.

This was a surprising aspect on film, for such a sturdy frame, Wilson is an impressively fluid athlete, showing impressive ability to stay with receivers downfield.

Another surprise based on his stature, Wilson has perhaps the most natural and technique-sound hip swivel of any prospect in this draft and it serves him very well on nearly every route. There are times where receivers shake him, but it’s not common.

This ability is very important with all the zone coverage he’s asked to do, Wilson closes as good as or better than most.

Wilson has every physical attribute and technical skill needed to be a dominant man-corner, he just needs more experience on the island.

This is the area where Wilson’s most spectacular plays on tape happen, he flashes exceptional ability to effectively shut down multiple targets with his understanding of spacing and closing speed.

While this aspect of his game doesn’t come up often, his physicality and imposing size would suggest that he has the ability to throttle refers at the line of scrimmage.

While Wilson has an exceptional ability to get himself in proper position and shows strong form to drive through players, he must have greased up arms, because he flies every which way after bouncing off the player he’s attempting to tackle. This happens often enough to be a decent cause for concern.

Only one interception on tape, and a few nice pass breakups, Wilson should be more involved with the ball than he is based on his coverage ability. Perhaps this is something that will develop with experience.

Even more egregious are his tackle attempts in the run game. Routinely, whether going high or low against Alabama running back Bo Scarbrough, Wilson looked like a rag doll. Though he kept sticking his nose in there and giving it another go despite Scarbrough’s frightening combination of size and speed.

Play Recognition: 3 out of 5

Wilson looks like an ascending player in this regard, showing a decent understanding of how run plays develop. There are a few too many times where he runs with the receiver down the field on delayed handoffs. However, he was among the first to diagnose an incredibly tricky designed run play against Alabama, promptly missing another attempt on Scarbrough in the process.

As mentioned above, Wilson has a nose for the ball and an eagerness to get down and dirty that rivals any cornerback on the NFL level. He’s physical and he loves lining up and attempting to deliver tackles.

It doesn’t appear that Wilson missed a single game in college due to injury. There is no cause for concern in this aspect as a prospect. 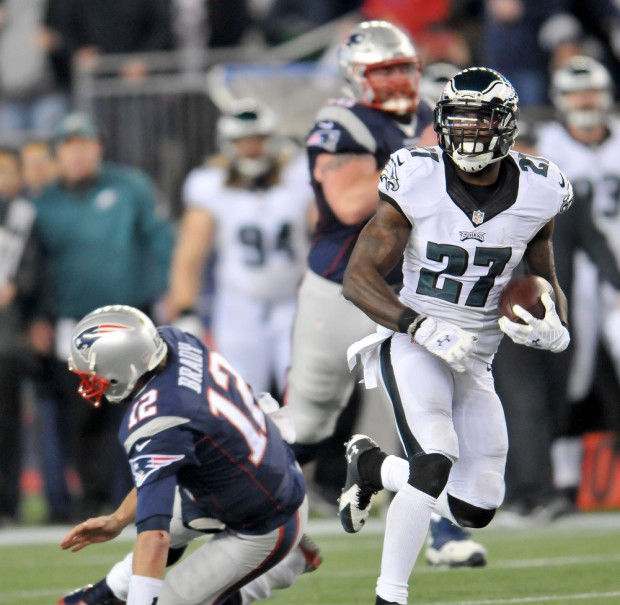 Jenkins was an outstanding prospect back in 2008, a finalist for the Bednarik award (NCAA’s Best Defensive Player) and a winner of the Jim Thorpe (Best Defensive Back) as a cornerback. He had the size, length and coverage skills teams covet in a number 1 corner. His stature, relative lack of elite speed and impressive understanding of NFL offenses all led him to become a pro-bowl safety, finally flourishing with the Philadelphia Eagles. Wilson shares so much of this makeup, that it’d be almost redundant to describe it. Simply put, Wilson will find success in the NFL, it just remains to be seen at which position.