NOTE: Please remember to drop your slant in the comments section by clicking the “Leave a comment” button above and to the right of this article. Also, feel free and encouraged to like us on Facebook and follow on Twitter, links below the article. 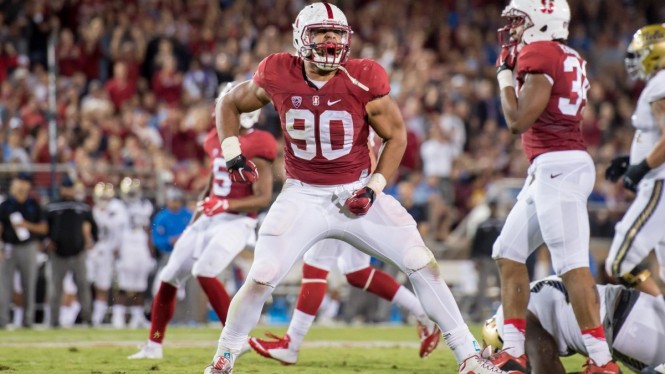 Solomon Thomas stands out for his versatility, tenacity, quickness and sound hand usage. He’s also, by all indications, a fantastic guy with great work ethic that would fit in well in most locker rooms. He’s lacking the height that would ideally couple with a 270 pound frame on a defensive end which has caused some teams to view him as a tweener prospect.

None of that will matter once he hits training camp though, it will be clear immediately once the pads come on what kind of incredible prospect Thomas is. He could just be scratching the surface of his potential as he continues to learn the position on the edge.

He lacks the ideal bend that elite prospects have, but makes up for it with outstanding understanding of what an offense wants to do. This is on display against North Carolina as he tears up field towards Trubisky but pulls up on a dime and stops the screen back for no gain.

Rip and swim moves are Thomas’ bread and butter. The more tape I watched though, the more I saw him attack different opponents with different plans. He sometimes employed spin moves (to great effect) sometimes opted for straight up bull rushes, and sometimes he’d even win (both inside and outside) with his outstanding explosiveness on a speed rush.

The name of Thomas’ game is technically sound. He plays under control at all times, with nearly elite hand usage. He loves punching lineman away, which makes sense as he developed his game in the boxing ring. However, he can sometimes get his feet tangled and he’s still learning how to play on the outside as he lined up at 4-3 DT so much for Stanford.

This is the one area that will likely hold teams back from drafting Thomas in the Top 10, if they envision as a 4-3 DE. He doesn’t show natural ability to bend around tackles, and doesn’t even seem to understand how to do this. He tried once that I saw on tape, and it was almost hilariously bad. However, his balance and athleticism would suggest that he has potential to develop in this part of his game.

There are some frustrating misses for Thomas on tape, but they’re few and far between. In particular, one play in the Arizona game where he did a spin move to the inside, then chased the quarterback all the way to the sideline to force the incompletion shows Thomas’ ability to affect the game other than on the stat sheet.

Ordinarily, you will see Thomas showing off his exceptional motor straight to the whistle. But he also seems to have an understanding of when to turn the jets off since he can no longer affect the play. Because of this, sometimes he’s wrong and gives up on plays too quickly.

What you see is what you get with Thomas on any given down. He’s an above average pass rusher that tries really hard and is physically intimidating.

Often on tape, Thomas shows his inexperience in this aspect, allowing lanes to form as he has the wrong leverage, however, there are some flashes that show his potential in the pros.

Thomas misses some tackles, but very few, and even when he misses, he’s almost always a part of the reason the play ends prematurely. Besides that, he’s vicious, and delivers some serious body slams. A play early in the North Carolina game shows this aspect of his game quite brilliantly.

Thomas has the functional strength, leverage, and balance to consistently take on double teams through the whistle, though it would be nice to see him make more plays when he gets the extra attention.

On tape, there are some exceptional plays that show just how deep an understanding Thomas has of lane discipline and how to properly set up a team defense, and then there are plays like the one against Kansas State where he allows the QB to scoot right by him untouched for a 20 yard gain. Those are rare.

I’ve seen on nearly every report of Thomas that he’s an outstanding run defender, PFF graded him number one among draft eligible players in fact. However, I do see times where his play falls off, particularly when he’s receiving extra attention or being stretched horizontally.

Thomas is as rock solid as it gets. Seems to have the mentality any NFL GM would love. No character issues or injury question marks to speak of. 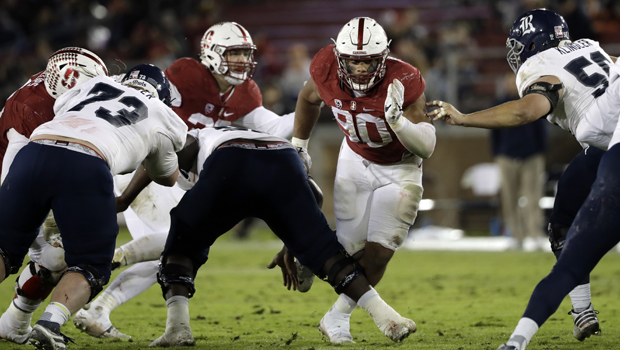 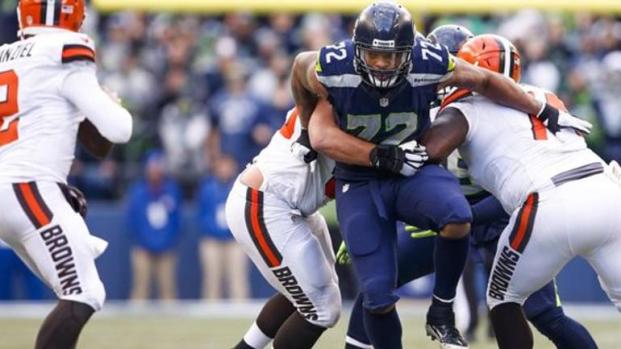 Though a lofty comparison for a player that hasn’t played a single down in the NFL, there really isn’t another player in the NFL that has the quickness and inside pass-rush ability, mixed with effective run defense like Bennett. Bennett has found a perfect niche as the designated Swiss army knife in Seattle’s defense, and has become one of the league’s best. I believe Thomas has that level of ability, but must find the right role to maximize  his potential. To me, a lot like Bennett, he’s a high floor high ceiling player.