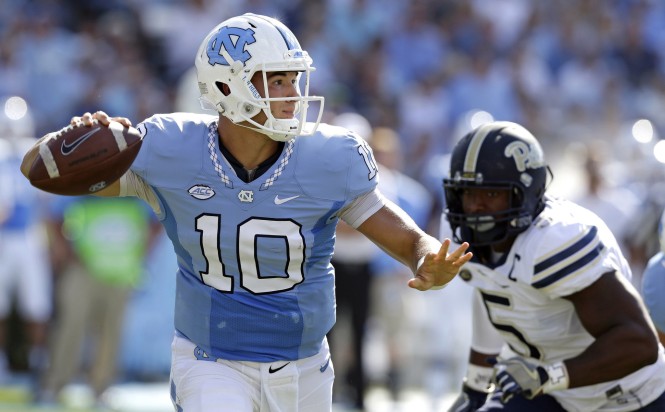 Mitchell Trubisky (also known as #MitchNotMitchell) is the young, talented up-and-coming quarterback out of North Carolina who is likely to fly up draft boards on draft day due to his immense talent, big arm, lack of injury history, intangibles, and a bunch of other things that NFL GMs moan about in their sleep. In my opinion, Mitch is being underrated in the draft process, as I think he could eventually develop into a Diet Aaron Rodgers type of player (more on that later).

Mitch is also technically a dual-threat QB who ran a boatload of read option plays in college, so he’d be well-suited to go to a team that is willing to let him tote the ball a bit, because he has a lot of experience in that area. As a result of these read option plays, Mitch will need to learn how to drop back in a proper, traditional NFL offense, but there’s no reason he can’t be successful as we recently saw Derek Carr and Marcus Mariota excellently transition from shotgun shotfun to taking snaps from under center. The key for Mitch is landing spot, he’ll need to find a situation where he can continue to develop. If he’s forced to start right away, I fear a worse fate than the perennially underwhelming Ryan Tannehill. Though again, this is not a knock on Mitch’s talent level, but rather his relative inexperience as a signal caller.

Short- No issues on any quick routes or screens.

Intermediate- The first tape I watched had Mitch hitting an 18 yard streaking receiver into the endzone between two defenders. The window was fairly tight, and taught me all I needed to know about Mitch’s willingness to throw into coverage and to do so with excellent accuracy. Another note: Mitch completes 62.1% of his intermediate passes, easily outstripping other QBs in this class. I also saw him throw behind a receiver and throw a pretty bad interception, so

Deep- Mitch has a big enough arm and throws with enough velocity to consistently attempt the deep pass, but he’ll need to work on his accuracy in this area. He overthrew receivers a lot, which is at least better than underthrowing.

Mitch has a big arm. There is no denying that. The ball explodes out of his hand with jaw-dropping velocity. I actually wonder if he can put consistent touch on his passes, but that’s a concern for a different category.

Mitch is absolutely brilliant on the run. I saw quite a few opportunities at the end of the Stanford game where he had to escape the rush and then make off balance intermediate-length throws without setting his feet…and he nailed every one of them. Unfortunately, almost all of them were dropped by the receivers!

It was a little concerning that Mitch only started for one full season of his entire college career, and the team wasn’t particularly great during his tenure as the starter. This is a very hard category to judge because of the lack of data and tape to go off of, but it’s definitely concerning that he can complete 81.5% of his passes at Florida State and then hit under 40% at home against Virginia Tech the very next week! What the heck?

Generally, though, Mitch had a great season and very few head-scratching games. I’ll give him what I believe to be a fair score for a strong season.

Arguable the most important category for any quarterback is his ability to read the field and understand where pressure is coming from, in addition to understanding where the ball needs to be placed. Mitch is solid in both categories, making up for his slight blitz reading deficiencies with exceptional read quickness. He is very, very good at determining the assignments of downfield safeties, and I trust him to not make too many crushing mistakes. With just one year of starting experience, Mitch has so far shown tremendous potential to get even better.

Great speed and lower body explosiveness to get away from oncoming defensive ends. Frequently ran read option plays out of shotgun, so he clearly has the ability to outspeed slower defensive edge players and break through weak tackle attempts.

Competent in the pocket by any definition, but it remains to be seen whether or not Mitch has the ability to drop back in a traditional NFL offense, since 100% of his college snaps came out of the shotgun.

Mitch is consistently ready to go in any and all pressure situations. He can dodge defenders and make plays down the field with flair and spectacular awareness.

Came up just short against Stanford in the Sun Bowl, but did have a spectacular final drive that featured no fewer than 4 dropped touchdown passes and terrible offensive line work. Lost close games against Duke and NC State (tape not viewed), but engineered a terrific game-winning drive against Florida State early in the season.

Mitch has decent height at 6’2”. Plays at an appropriate weight for his height.

Mitch is tough both mentally and physically, never missing a game due to injury or choking under pressure due to mental fatigue. Despite only being 6’2”, he plays much bigger than his advertised size, and probably won’t suffer too many early NFL career wear-and-tear related injuries since he rode the bench for much of his college tenure. 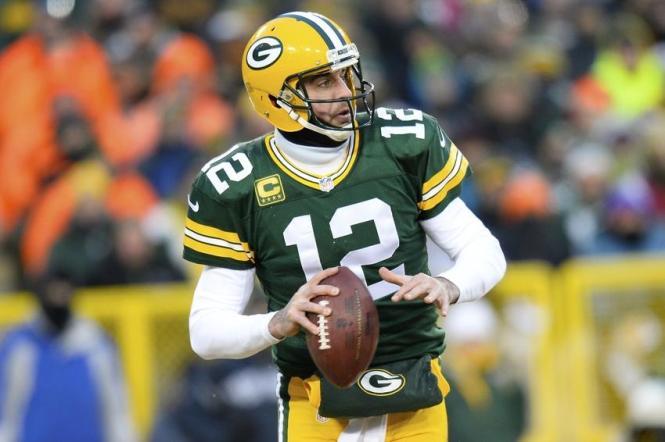 Okay, don’t freak out. I know that there is almost no way that Mitch will reach the career heights of Aaron Rodgers. But the category says to look for similarities in play styles and the number one thing that sticks out to me is how much Mitch is willing to gun the ball in there every single time. Seriously, the ball explodes out of his hands and he has great short and intermediate accuracy. Both players stand 6’2” and have the same playing weight. Both have outstanding read-the-field ability. WHAT MORE COULD YOU POSSIBLY ASK FOR? Can you tell I love the prospect of Mitch Trubisky under center for an NFL franchise? Time shall tell if he works out, but my money is on Mr. Ohio.